Sheikh Mohammed bin Rashid, Prime Minister and Vice President of the UAE, merged ministries and departments in a Cabinet reshuffle on Sunday in a drive to create a more agile government.

Sheikh Mohammed, also Ruler of Dubai, set out a new structure for some public institutions and brought new talent into the Cabinet.

The goal was for a government that was quicker in its decision-making, effectively adjusted to changes and better seized opportunities in dealing with this new phase in history – "an agile government quick in solidifying the achievement of our nation", he wrote on Twitter.

"The new government has one year to meet the new priorities," Sheikh Mohammed said.

"Constant changes will remain the slogan of the coming period until we reach the best government model that keeps up in this new era and achieves the aspirations of the Emirati people."

He announced the creation of a Ministry of Industry and Advanced Technology, and appointed three ministers to lead the Ministry of Economy, in recognition of its importance.

Sheikh Mohammed appointed a head of cyber security for the whole government in recognition of online threats faced today.

"The future working environment in medicine, education and trade will change dramatically and we aim to be in the forefront of these changes and to be the world's leading example," he said.

Sheikh Mohammed set out a special project to look at how working from home could be made more efficient.

Among the changes are:

– Fifty per cent of government service centres to be eliminated, to become digital portals within two years, and the merging of 50 per cent of federal authorities or adding them to ministries;

– The establishment of a Ministry of Industry and Advanced Technology, led by Dr Sultan Al Jaber;

– Omar Al Olama will become Minister of State for Digital Economy and AI, overseeing how to develop working from home;

– Hamad Al Mansoori was appointed Head of Government Digital Services, with a mission to create one portal for all services in a "complete digital turnaround". He was previously head of the Telecommunications Regulatory Authority;

– Ahmed Al Zaabi was reconfirmed as Minister of the Federal Supreme Council at the Ministry of Presidential Affairs;

– Sheikh Nahyan bin Mubarak was reconfirmed as Minister of Tolerance;

– Minister of State for Food Security Mariam Almheiri joins the Ministry of Presidential Affairs. "Food security remains a priority through two ministers," Sheikh Mohammed said. "The Minister of Food and Water Security will focus on the country's national cache of food and the investment in food technology and international relations, and the Minister of Environment to support farmers and the nurturing of the country's fish and animal wealth."

– Sarah Al Amiri was made President of the UAE Space Agency. Ms Al Amiri, who was Minister of State for Advanced Sciences in the previous Cabinet, is a computer science graduate who worked on satellites before entering government. She enters the job as the country prepares to launch the Mars Hope space probe on July 15;

– a new UAE Government Media Office, reporting to the Cabinet and led by Saeed Al Attar, will cover the offices of public diplomacy, and oversee all media communications for the UAE locally and internationally;

– Mohammed Al Kuwaiti was assigned Head of Cyber Security for the UAE Government. "The safety of our digital government is a vital part of our collective national security, and protecting our digital borders is as important as protecting our land," Sheikh Mohammed said.

– Huda Al Hashimi, who works in Sheikh Mohammed's office, was assigned Head of Strategy and Government Innovation. "She has been on my team for 10 years and my trust in her is great," Sheikh Mohammed said; and

– Mohammed bin Taliah was made Head of the Government's Federal Services, "so that it may be one of the best globally", the Sheikh Mohammed said.

“Anyone who thinks that the world after Covid-19 will be the same as the one before it is mistaken,” he said on May 13 after a three-day meeting of senior officials.

“The goal is to draw up a plan for the UAE after the Covid-19 virus crisis, a plan that will ensure that we are the fastest country in recovery.”

The May summit was held to produce business plans and policies to ensure short, medium and long-term development, and enable the country to tackle economic and social challenges that arose from the pandemic. 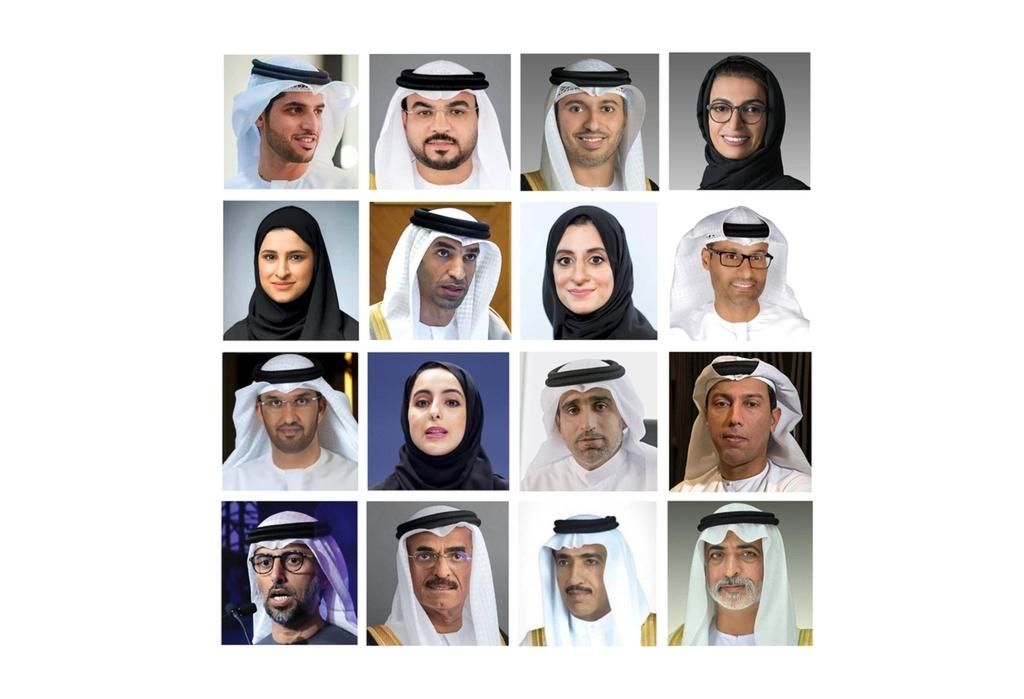